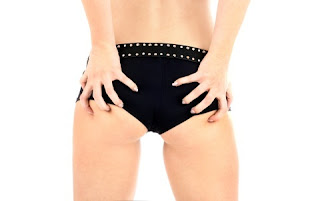 Earlier this week I stuck my toe up my ass and shared the experience on twitter.  I tried to sit on top of my leg and found out that I no longer had the dexterity to handle this type of maneuver. A single person retweeted my stupidity and made it a favorite.  That made me smile. I only need one to get it.

As I rubbed my toe and cursed my fat ass I was reminded of other oddly funny experiences my friends have shared with me. Unexpected awkward moments filled with beet red humiliation and uncontrollable laughter. This is the glue that bonds us.

If you’re my friend you know that my life is stuck in a perpetual state of “operator”.  So to protect your employment, parental and grown adult image I have changed some of your names and places.  Some.

Sally never gives herself enough time to do any one thing to its fullest.  If she needs gas she only has time to pump half a tank. If she has to get to work early she has to apply her make-up in the car and keep a flat iron in her desk drawer.  Because of her time management deficit Sally only gives each situation 40% of her attention.  She has an endless list of things to do running around in head all the time; things I forgot to do, things I don’t want to do, things to add to the things to do list and where did I put that things to do list?  So when something out of the norm happens she is never quite positive of what just occurred. She will wait a few beats before reacting. Her brain goes into processing overdrive questioning what she thinks she just heard, saw or did.

Sally goes to the dentist.

Sally does not like the dentist. When she finally made it to dentist’s office after her third rescheduled appointment, she was late. Sally rushed into the scary little room as instructed and sat in the Frankenstein chair.  The dental hygienist had just put the bib on her when Sally’s cell phone began ringing.  She apologetically got up and turned it off. She was thinking a million different things, who just called, what could be wrong, did I just hang up on my mother? As she sat in the chair the hygienist turned her back to Sally and said, “You know it would really help me out if you could spread your cheeks.”

Sally’s inner dialogue, “What??? Did she say spread my cheeks??!! Where am I?? This is my Dentist’s office right??? Have I been sitting in the chair wrong???”

Sally leans back into the chair and looks up at the hygienist.  Her face twisted in confusion and angst. “What?”

The hygienist looked her dead in the face without an ounce of humor and said using exaggerated hand gesturing, “If you could spread your cheeks apart that would really help me.”  She pantomimed putting her fingers into her mouth and spreading it wide open. Sally said okay and began to giggle uncontrollably as she spread her cheeks apart.  It took nearly a half hour to get through the x-rays.

Later, I said to Sally through exhausted breaths of laughter and tears that there has to be a better way to express that request.

Posted by denniromo at 2:44 PM No comments:

I am the black sheep of my new age generation. I was until a few years ago, a yoga virgin. 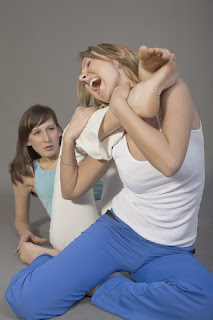 Back then I was given a gift of free yoga classes for three months from someone I thought was a really good friend. Gift certificates, dark chocolate, perhaps a little tickle…that was the way to my heart.

Anyway after my second class I called one of my dude friends and told him about my experience.  He choked on his own spittle as he laughed at me. He said of course I would be the only one to have something like this happen.  Perplexed I asked if he had ever done or was familiar with what I described. All he could do was laugh harder. Really? I was the only one from my circle of my pseudo hippie friends that had been forced into pairs with bendy, perma-grin strangers? I was pissed.

Being a beginner I was not sure of the rules and etiquette of group yoga so I resorted to my childhood precautionary default, observe and behave as the herd. That approach had helped me through a myriad of awkward situations. Unfortunately that philosophy also split its 50/50 success ratio with my fleeing and running so fast that the heels of my feet would kick my ass cheeks into oblivion. Knowing my odds, I felt confident that my chances of survival and blending were pretty good. Had I known that “yoga doubles” was Hindu for self-inflicted pain of a pornographic nature I would have at the very least drank a jug of wine before I willingly agreed to be violated.

It only took a minute of mat sitting before my lotus flower innocence was stripped from me.  It began with the yogi’s overly dramatic arm flailing needed for separating the thins from the fatty’s. This was to ensure that “spiritually equal” duos worked together. As I rolled my eyes I spotted a woman floating in my direction and was greeted with a funky, musky “Namaste”.

Once we had settled in, we were given cloth bands and instructed to have one of us get into downward dog. The person standing, my new BFF was not only to wrap the band around my pelvic area and pull me back toward them forcing my feet down (imagine making an upside down "V"), she also had to place her leg and foot in between my spread eagle legs.  She was further instructed to get down “good and low” so she too could get a great stretch/work-out. (I’m not going to lie to you it was awkward and painful.  If they could scream my hamstrings would sound like Sam Kinison.)

I hadn't realized how devastating that position truly was until I was the pelvic puller. I renamed that position "eat my ass".  I was horrified.  This woman had her nose in my crack.

Next I had to continue the discomfort by getting into child's pose and having a blanket placed over me. My new lover had to sit on my tailbone, stretch out her legs and roll on top of me.  Because it bears repeating, she had to reach her arms out over her head and roll her entire hot, heavy body all over mine until she slid off. Um, ew.  It was what I imagined the reject auditions for Cirque du Soleil would look like.

I don't want to get into it, but when it was my turn to backwards spoon her she made sex sounds and whispered things like, "Oh yeah. Right there.
Ooooooo."

Finally, partner time was coming to an end. We guinea pigs were told to stand with all of our weight on one leg and to maintain balance by lifting our arms up while slowly stretching out the other leg. My smell-mate was instructed to wrap the band around the inner thigh of my lifeless leg and to slowly pull for resistance.... But when I was ready bitch! My Amazonian second half basically ripped me in two!!  I nearly died a wishbone death!! Is this how it ends?? With my conjoined twin treating me like a freaking marionette??!! I was positive that I must have looked like "Terrence and Philip".

I could not take it anymore. I had to say something so I blurted, "What the hell is this??!!??!! Human Rodeo Camp???!!!" Quiet, respectful people began shifting their eyes rapidly between the instructor and I until a chuckle broke the volley. Laughing and murmurs in hot, incensed ovens made yogi's mad. (Did you know that angered yogi’s yell just as loud as robust, unhealthy people? One should never make a yogatini raise her voice. Ever.)

I was in trouble. She ended the class early and held me back until everyone was gone. My punishment I mean “enlightenment” was learning how to hold a few gravity-defying positions with her scarily invading my personal space and whispering soul-searching text into my ear. I think I was cursed out in metaphors.

Alas, it was a gift albeit a cruel and sadistic birthday gift but a gift nonetheless and I had to go back for more punishment. I had thought maybe the next class would have us braid each other's hair while sipping tequila before being instructed to pull on it during dirty, under the blanket downward doggy style. So knowing my luck, I decided to go at a different time.  To my dismay my ex-partner glided in and sat next to me. Her bowing and salutations were interrupted by a strained, chilling greeting of “It’s nice to see some familiar faces.”

Let's start at the beginning... 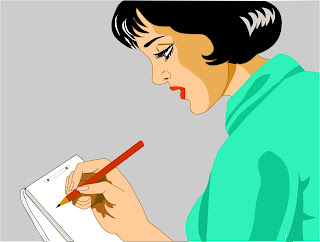 Even before I knew it existed or what it meant I knew I was irreverent.  I was born with a satirical eye, the gift of gab and an unbelievable thirst for pop culture. Unfortunately I was also created without an "edit button" and am"impulse control impaired".

Okay here’s the deal, I went to five different schools before age 11.  I was in a perpetual state of  “new kid syndrome”. The rules of school friendships confused me and I was never ever able to catch any momentum. I found that other kids kind of liked me at first but once we started hanging out all hell would break loose. Things would be cool at recess but then at lunch there would be rumblings about something I said or didn’t say and by P.E. it would be over.  I would be left friendless until being dropped off in front of a new school filled with the innocent hope of meeting someone like me. (Cue violins.)

Basically, I was a humorist, TV/Film Critic and D.J. before my time. I mean my audience watched Sesame Street and H.R. Pufnstuf. I never had a chance.

When I was in third grade, I dressed as Bette Midler for Halloween.  THIRD GRADE. I was eight years old! Who lets their child go to school as Bette and not Strawberry Shortcake?? My mother that’s who. Bless her she was only 28 years old at the time.  Barely twenty years older than me trying to raise two weird little girls and a baby boy.  Oh yeah, my little sister is also a weirdo but more on her later. Anyway, I can’t blame my Mom right?

The Bette Episode as it’s now referred to is a perfect point in time that best reflects who I was in its purest form. If I feel let down, misunderstood or isolated, I think back to the year I was Bette for Halloween and remember how no one knew who I was except for me.

To be continued…
Posted by denniromo at 12:33 AM 2 comments:

I referrence TV and Movies way too much.